The beach is Nola’s absolute favorite place to go. One of the benefits of living in Portland (Maine) is that we have easy access to numerous beaches. In the tourist off-season especially (September 15-June 15), the beach is a wonderful place to bring Nola to let her run to her heart’s content. Through trial and error, we have discovered that our favorite beach is Ferry Beach in Scarborough, which is about 15 minutes from us. Although it’s not the largest, it seems to be the most private and the one that attracts the most dog friendly dogs, and people. We waited a little bit before taking Sarge there, just to make sure we had a handle on his recall skills and how he interacts with other dogs, both on and off leash. One night after work it was pretty warm and we thought the dogs would enjoy a romp in the water, so it was off to the beach for the four of us.

Turns out, just like everything else we’ve done with him, Sarge loved it! He seemed a little unsure of the sand at first, but once he discovered all the new things to smell he was so happy.

We also discovered that in addition to him not acting like he is 13 years old, he still has some puppy energy in him. When we took out Nola’s Frisbee he gave us the biggest play bow he could muster to show us he was ready to chase. We only threw the disc a little a head of us, but the Sarge-man leaped and bounded all the way and grabbed that disc like he was young again! It was the cutest thing ever.

He spent most of the time up by the dunes, happily trotting along as Nola got out her zoomies chasing the disc down on the hard sand by the water.

Near the end, he got the courage to come closer to the water where Nola was bounding through the waves. He started by dipping a toe in, and then went all the way to his ankles. He is so adventurous! 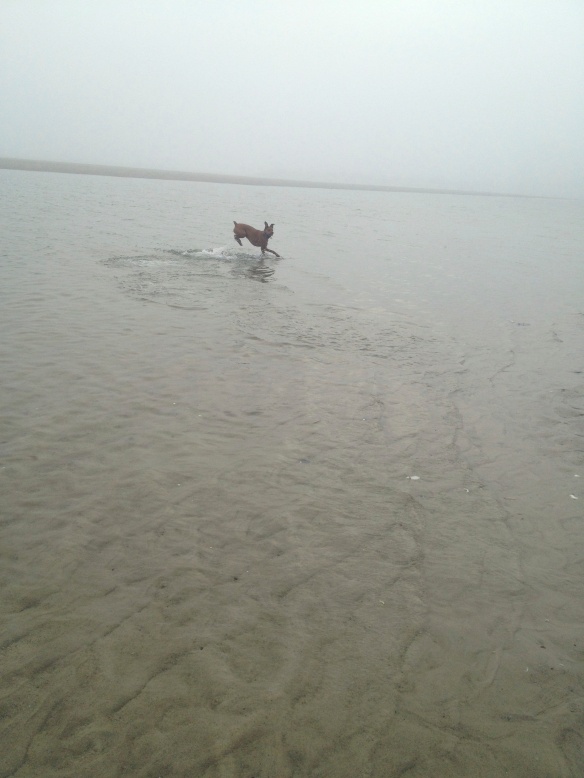 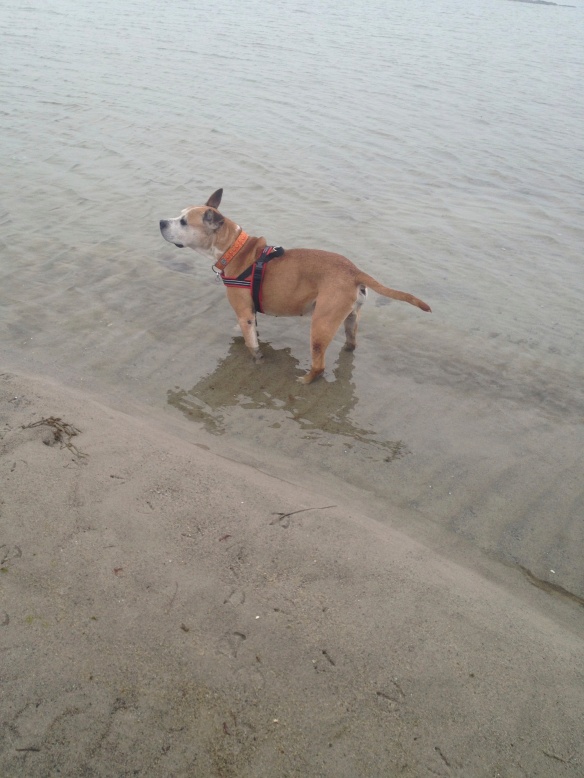 Sarge is a wonderful dog for so many reasons. We are so happy to have him as a temporary part of our family, but would love for him to find a forever family who will take him on more adventures and who will love his easy going personality as much as we do. He has proven to us that he is up for anything, especially if it involves a car ride and a walk, and he can hold his own with a dog ten years younger than him.

As we were leaving the beach, Sarge asked me to write this message to share with you all: 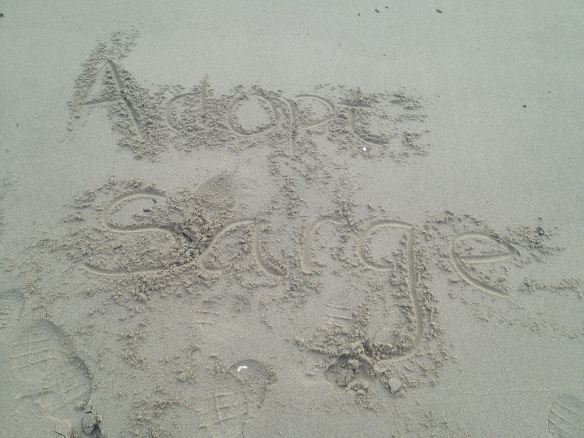 If you want to add a beach loving dog to your family, pleas fill out an application for Sarge here.

8 thoughts on “Take Me to the Beach!”